A happy and peaceful Christmas, Hanukkah and general winter wingding to all who love short stories. This is our gift to you! Willesden Herald Short Story Competition 2022 Results and Book Launch.

Short clips for those in a hurry? Step right this way…

One minute: intro to Jarred and cheer for the Willesden Writers’ Group

One minute: the verdict: first prize goes to…

Want to play the whole one and a half hours and have done with it [because it’s so entertaining – Ed.]?

In association with Liars’ League – www.liarsleague.com

“Who will take the coveted one-off Willesden Herald inscribed The Willesden Short Story Prize 2022? All will be revealed on the night. Plus ten cash prizes to the writers of the stories in New Short Stories 12. From The Performance Space, upstairs in The Library at Willesden Green.”

“Some of our great writers – from Elizabeth Strout to Mark Haddon – nominate what their favourite short story is, and tell us, in this intimate series, why they love it so much. You can watch the series here, with new choices every week”

We never miss the chance to plug our own anthologies. So, we have to tell you now that David Means was the judge for the 2013 Willesden Herald international short story competition. The prize mug went to a story by Danielle McLaughlin, which you can read in Willesden Herald: New Short Stories 7.

“Welsh writer Jo Lloyd has won the fourteenth BBC National Short Story Award with Cambridge University 2019 (NSSA) for ‘The Invisible’, a distinctive and compellingly original story. Inspired by the life of an 18th Century woman from Carnarvonshire called Martha who claimed to be friends with an invisible family living in an invisible mansion, Lloyd discovered her story by chance in the online Dictionary of Welsh Biography. Set in a close-knit community, the story is both timeless and universal, and resonates profoundly in an age where fear of outsiders and social division is rife.”

Read: “Welsh writer takes £15,000 prize for The Invisible, based on a real 18th-century woman who spread tales in her village” Guardian report including the text of the short story.

This news continues a series of successes this year by previous Willesden international short story prize winners. Jo Lloyd won the Willesden in 2009 with her story “Work”, which you can read in New Short Stories 3.

On this week’s episode of the Writer’s Voice podcast, Louise Erdrich reads her story “The Stone,” from the September 9, 2019, issue of the magazine. https://t.co/cSBRsKilhK 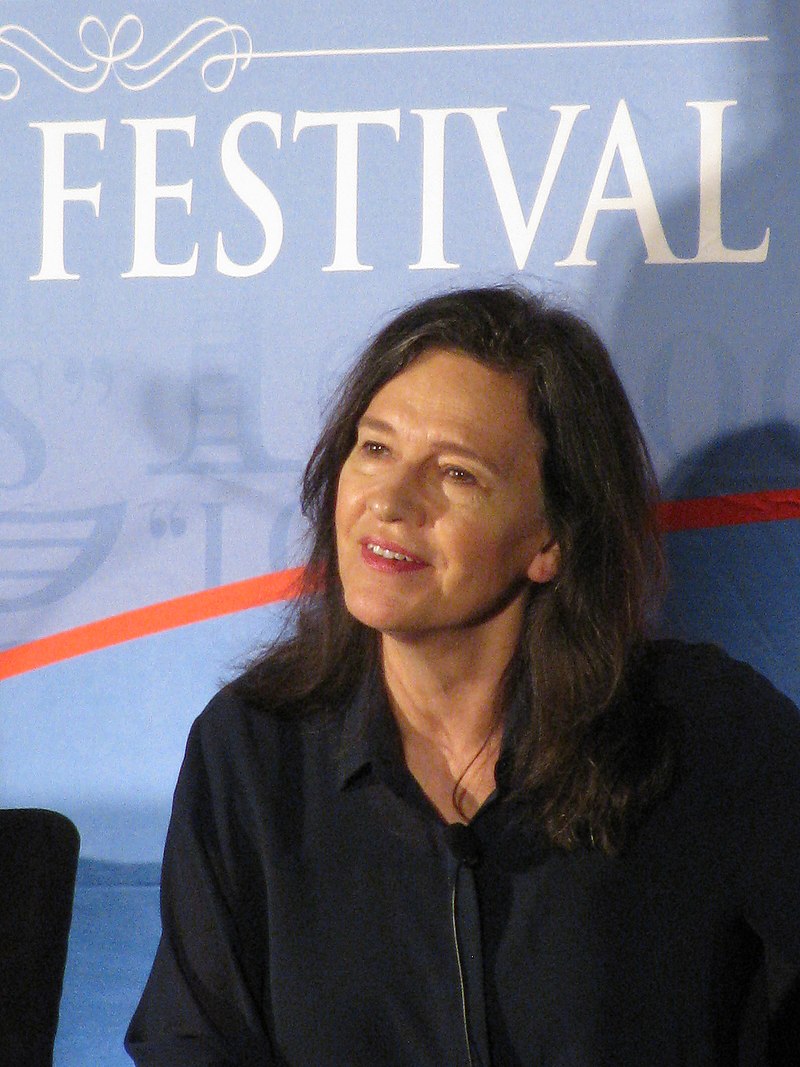 ‘t forget the new Twitter version provides a facility to “bookmark” tweets for later. This can help if you haven’t got time to read just now or have used up all your “free views” till next month. Direct link to text and reading: The Stone by Louise Erdrich.

Photo: “Author Louise Erdrich reading at the 2015 National Book Festival. Erdrich won the 2012 National Book Award for Fiction for her novel The Round House.” (Wikipedia)

“A disturbing and powerful story about growing up and coming to terms with life’s realities. Read by Carolyn Pickles. Produced by Simon Richardson.” (BBC Sounds, Summer Stories)

A typical (and typically wonderful) Lawrence story linking human desire to the relentless struggle, conflict and pathos of animals in nature. A powerful but deathly joy found in embracing the second best available mate. Listen

The flagship annual summer feast of fiction that keeps readers and writers delighted and hopeful respectively. See This Week In Fiction for many more short stories, interviews and readings.

WILLESDEN HERALD STORY OF THE MONTH

Contents “I can just say read these wonderful wonderful stories. They were an absolute pleasure to read and I hope you too will enjoy these writers as much as I did.”Jarred McGinnis Contributors David Butler’s most recent short story collection is Fugitive (Arlen House, 2021). His novel City of Dis (New Island) was shortlisted for…

The Willesden Short Story Prize 2022 was revealed at Willesden Library this evening. First prize went to “Hotline” by Zakia Uddin (left).  Runners-up were “Vevey” by Catherine McNamara and “Cuckquean” by Jackie Morris.  Thanks to Claire Lacey and Katy Darby for bringing the stories to life and making the event go with a zing.  Thanks to…

Want to buy from proper bookshops?